Weekend Onesie: Why Sleepwalk When You Can Drive? 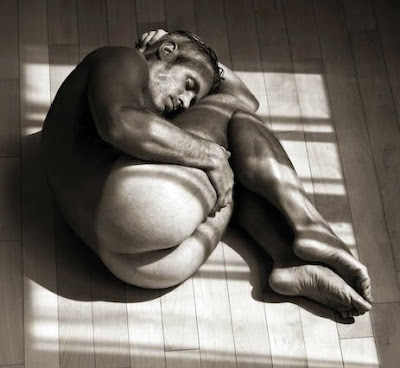 Weekend Onesie:
Why Sleepwalk When You Can Drive?

Two Sundays ago I made a nearly fatal mistake.

After leaving the boyfriends' at 5:30 pm, I decide to check on my beloved prairie to make sure that plastic tarps, which had been part of the winter activities there, have been removed as promised.

It is grey, slightly windy and it has been sprinkling, but I am determined. I also have a bit of a headache. Seasonal allergies? So, before heading down the trail to the prairie, I reach in my bag and come up with my handy pill container. This plastic divided container had accompanied me on my European trip in 2019 and had proven quite handy, so I keep it in my bag on-going. I pop open one of the pods and take two pills I believe are aspirin.

Once in my mouth, I think, 'Strange. Tastes like soap.' I shrug it off, thinking that perhaps they've been in the container too long.

I make my way to the prairie and sure enough, the tarps, as promised, are gone. But then, so is my sense of balance. I feel odd. Sinking.

Suddenly, I'm strangely tired, although, in truth, I simply feel as if I'm becoming detached from the world around me. I think... I have to get home. But there isn't a sense of urgency. Anxiety is no where to be found.

I don't remember getting back to my car. I do remember starting the car and thinking, I will be home in ten minutes.
That was at about 6:20 pm.

I have no idea where I went. But I was driving almost the whole time. I even got on I-94 at some point.

And I recall finding a park, stopping and trying to use my phone to ask for directions home. The park is somewhere southeast of the cities - in the middle of nowhere. I recall a farm field abutting the park, so I know I drove a long way. Next thing I know, I'm downtown St. Paul. The car kills several times, due to the fact that I'm having difficulty coordinating the clutch and gas pedal. I make a conscious choice to pull over and park. It's on a one-way street and I park between two signs that make it clear... do not park here. But I do, getting out of the car to scrutinize the signs. My attention is then drawn across the street to what I think is a bearded man wearing a gigantic lime green fake fur coat and a funny hat, like a Cat In The Hat hat. He is standing in front of what appears to be the entrance to a military bunker. There are no windows.

I remember being ushered inside. Once there I notice the dull brown carpet which appears to have been trod to death and never vacuumed. There are coins in/on the carpet and as I set my bag down I am tempted to say... 'Oh, look, I've dropped all the change out of my bag!' - because, for some reason, I really want those coins. I look down the room to a kitchen that is nothing but cupboards, all very tall. The ceiling is very tall, I can't even see it and the room just fades to black as I look past the kitchen. It feels like a hallway. There are no windows. I turn to my right and the man in the coat is sitting on something that looks like a gigantic crunched up brown grocery bag. I think it's his bed.

I remember looking for my little sex bag, only to find that it is already sitting at the foot of the giant crunched up brown grocery bag. As I reach for it, the man tells me that it is late and that he hasn't eaten. Next thing I know, I am getting into my car. I use my phone to Google directions.

I don't remember driving home, but I do remember reaching the street to the east of ours, knowing I was going to make it home. I creep down the alley and get into the garage.

My ex is there. He asks if I am alright. I remember going downstairs and doing my usual key check. My car keys are missing. I think I left them in the car. I go out and realize that the side door to the garage is locked... and the key to open it is connected to my car key. My spare car key is on the back of the door in the kitchen. I get it and head out. Sure enough, my car keys are sitting next to the emergency break.

I get back into the house and the ex is upset. It turns out I went outside in my underwear. He asks what I am doing and, later I learn, I threw my spare key to him and then returned to my bunker.

I slept heavily. And in the morning, I am very happy, until I start to realize I don't really know what I did the previous night.

It turns out that those pills were not aspirin. For my trip in 2019, I remember having brought generic Ambien with me, two tablets - one for the flight to Europe and one for the return trip. I did take something on the plane, but never fell asleep during either flight - which I thought odd at the time - Ambien typically works well for me.

Well, apparently, I had taken the aspirin on those flights to and from Europe.

And two Sundays ago, when I had a headache? That's when I took the Ambien. Both of them. At the same time.

With this realization comes a wave of horror. I can't believe what I have done. I drove in that condition - for hours. Think of all the lives I put at risk... including my own. If you ask me? I will tell you I am not that great of a driver. That's one of the reasons I do not like to drive. How in the world did I tool around the metro area for three hours without causing an accident? How did I avoid detection? How many motorists did I piss off or scare to death? How is it the cops didn't pull me over?

I talk to the ex about what happened. He says I was was simply acting very strange.

I look through the black hole I call a bag and nothing is missing. I run to my car and check it for damage or signs of impact. It's fine.

I spend the whole day trying to wrap my head around what happened. That night, as I'm trying to fall asleep I rise with a jolt... what if I am actually dead and my brain simply hasn't accepted the fact? That keeps me up most of the night. At one point I start to cry because I don't want to be dead. I don't want to 'pretend' live. And then, the more I think about, my position moves to... so what? I'm dead. If this is dead, it's not bad. At least the bed is nice.

It takes me until the end of that Wednesday to start to feel okay.

--- ---
I just Googled 'weird things people do on Ambien' and found this immediately:

"However, it also comes with a host of known side effects, including decreased awareness, hallucinations, changes in behavior, memory problems, sleepwalking, sleep eating (and cooking), and even sleep driving. In fact, Ambien has become rather notorious for its weird and wacky side effects."
My new prescription for generic Ambien has a shape to it, so I can differentiate it from other pills. I rarely take it and I have certainly never taken it by accident.
Enough time has passed so when I think about what happened and what could have happened... I'm only overcome my a small rush of anxiety.
I still have no idea what happened.
I am pretty sure I am not dead.

But if I was a cat? I'm pretty sure I just used up another one of my lives.
And, if I've kept track correctly?
That means I have two left.
Probably.
Hopefully.
Sleepwalker - Adam Lambert
Posted by uptonking at 6:00 AM

THAT'S DANGEROUS! I would throw out all the pill and start over!

Boy that is scary, and yes you are damn lucky nothing serious happened.

That's the reason I scared to take meds of any kind...I don't even take sleeping pills or anything for colds eithers. I just suffer it out.I don't trust medications.

I can't take Ambien. I wake up and do not know where I am, or even recognize my other half. I've moved on to stronger 'stuff' that snows me for eight hours plus.

You are lucky no one was injured.

What a scary story!

I was in a small accident decades ago but wondered - like you - if maybe I had died in the accident and now was living an alternative life.

Looking it up I see that it's another name for what we call here Zolpidem. I took a pill of it each evening for several months.

Anyway that drug did the job each time, providing 6 to 7 hours of sleep from which I was emerging fine and rested. But I sure wouldn't have taken a pill during any activity throughout the day, not to mention two pills like you did by mistake.
Oh my, the only upsides I see here are that nothing terrible happened neither to you or any people you came across while driving, as well as the fact that it didn't induce any anxiety state, or even worse, as mentioned as side effects in the notice.
I do not believe in luck, but I cannot help thinking that some sort of karma exists - like a natural balance if you like.
If so, then your karma was strong and good enough to get you (and the other drivers :-) through that day safe and sound. And we all sure are happy it did.
But please: consider using stickers to label what's in your pillbox, will you?
(our prose matters, so don't put it at risk)