Who Did It Better? Valerie 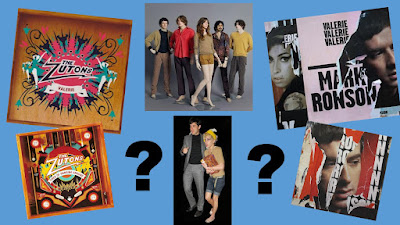 Who Did It Better?
Valerie
Is it true what they say? That love is better the second time around?

Hands down....Amy Winehouse!!! She is so unique..everything she did was just incredible.

OMYGAAAWWDDDD.
This is one of my all-time FAVORITE songs. Forever. And duh. It's Amy. This songs gives me all the feels and the first time I heard it it brought me literally to tears. Her VOICE!!! You have no idea how this song makes me feel.
Now I'm gonna be playing Amy Winehouse all day long.