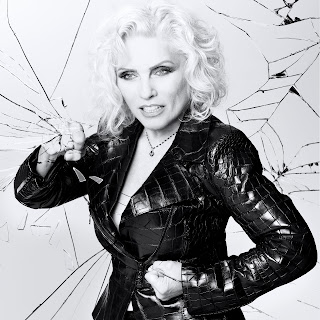 Sunday Diva/Three From The Hip:
Deborah Harry
In my own personal big gay church there are many wings. One is dedicated to the rockbirds - so named after a turn of phrase coined by one of the divas who resides there. These ladies raged against a very specific machine: the misogynistic heart of the corporate music business. They endured countless interviews asking them how they felt being a woman in the world of rock n' roll - the assumption being that it was exclusively a man's world. Are they the women of rock? Hell, no... they just rock! And they did it all with a singular style and unique voice.

One such rockbird? Why the woman who coined the phrase...

Her punk rock roots are as real and deep as her natural brunette ones.
She may be a diva, but she's no princess.
Early on, too many wanted to write her off as eye candy, casting her with a decidedly hetero-male-only view.
But she wasn't having it. Her talent? All too real. Dismiss her as nothing more than the visual front for a band? A manufactured image?
Do so at your peril.
The woman has killer instincts - knows a great look when she sees it, a great hook when she hears it, coloring the cleverest lyrics with her signature angelic sensual sigh. But be careful... for that sigh can just as quickly morph into a lipstick sneer. Rip her to shreds, indeed.
And she's no flash in the pan.
Her vitality and abilities guaranteed her longevity.
The gospel according to her?
Well, here are three from the hip, dropping from her lips.
The topic? Music and Aging 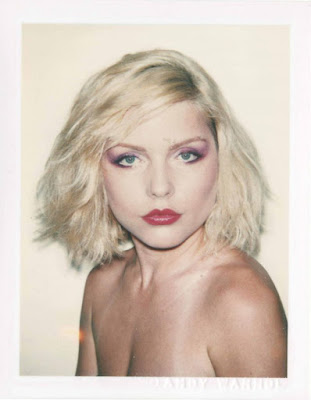 "Regardless of what I say about trying to be better at what I do, I rely on looks a lot. Women’s calling cards, unfortunately, are based on their looks. As far as ageing goes, it’s rough." 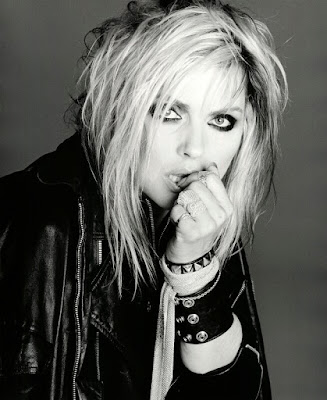 "I was one of those idiots who thought they were going to live forever. I thought I’d live to a ripe old age, because I always felt there was a lot to do. I had a driven feeling. I always thought in the present. That was the impetus for me to do music or art, because I knew if I didn't try when I was young, then I would get to be in my 40's and I'd be really unhappy that I hadn't. I do know the effect that music still has on me – I’m completely vulnerable to it. I’m seduced by it." 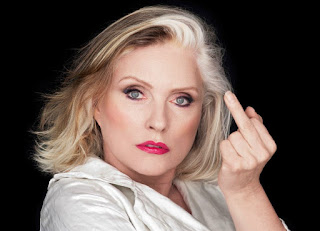 "The word 'iconic' is used too frequently - an icon is a statue carved in wood. It was shocking at first, when I got that reference. It was a responsibility, and it's impossible to live up to - you're supposed to be dead, for one thing. I guess people assume I have some sort of totally magical life, but I'm a working musician, fortunately. I've worked on my craft, and I'm very fortunate I've been able to survive in a very competitive industry and enjoy my success. It's not easy."
X Offender - Blondie
In Love With Love - Deborah Harry
Fun - Blondie
And one more parting shot...
"I don’t mind if my skull ends up on a shelf as long as it’s got my name on it." 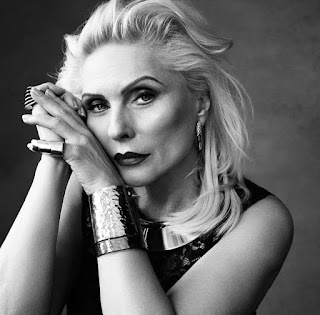 Love her; love her stuff.

I love Debbie Harry. And I agree with her. The word 'iconic' is used too frequently. Every fucking other thing is iconic these days.

There's only one Debbie Harry. One.
I think she was a trailblazer and an innovator. She is also undeniably beautiful, so there's that.
I need her memoir to be published soon. I'd pay to read that.
I have one of her solo efforts in a 12": Feel the Spin. I love that record!