Who Did It Better? The Show Must Go On 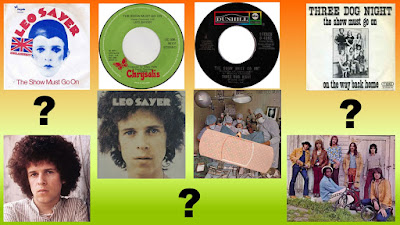 Very theatrical, don't you think? I think I have heard the TDN version but was not aware this was a Leo Sayer song. And he was in the Muppet Show?
I love it when you pull apart songs this way. They make so much more sense when you explain those subtle changes in voice (head voice!). After you tear apart a song, I never listen to it the same way again.
And I think I like the TDN version better? I think it's because I already know it....

I give it to TDN. Harmony makes it less hokie.

Think I've never heard any of these versions, honestly 🤷‍♂️

I gotta leave this one to you. Wasn't familiar with the song until now, and have to say the intro turns me right off. 🤷‍♂️

I thought when I saw the heading it was about the 1991 sang of the same title by Queen. LOL