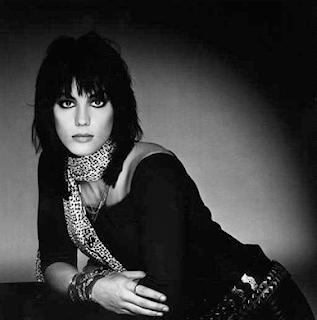 Sunday Diva/Three From The Hip:
Joan Jett
In my own personal big gay church there are many wings. One is dedicated to The Rockbirds - so named after a turn of phrase coined by Deborah Harry, one of the divas who resides there. These ladies raged against a very specific machine: the misogynistic heart of the corporate music business. They endured countless interviews asking them how they felt being a woman in the world of rock n' roll - the assumption being that it was exclusively a man's world. Are they the women of rock? Hell, no... they just rock! And they did it all with a singular style and unique voice.

One such Rockbird?
Joan Jett.

In case you thought rock 'n roll was dead...
Joan Jett is here to set the record straight.
Yeah... The woman's rockin' still.
She loves her fans. Loves touring. Loves performing every night.
And every night? It's all substance, baby... no filler. Delivering the tightest set around.
With a musical beginning she could never quite run away from, Joan embraced who and what she was destined to be; remaining badass at all times while going toe to toe with the rock establishment.
And it has always been on her terms.
Because in her eyes? "There's nothing better than seeing a three-chord straight up rock 'n' roll band in your face with sweaty music and three minute good songs."
The gospel according to her?
Well, here are three from the hip, dropping from her lips.
The topic? Girls with Guitars 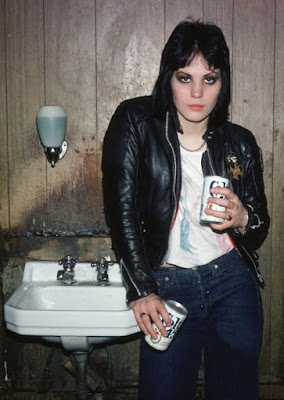 "Girls see these defined roles they're supposed to follow in life, but when I was a young child, my parents told me I could be anything. Before I settled on music, I wanted to be an archaeologist, an astronaut, all sorts of really diverse things. My parents taught me I could be anything in the world I wanted to be.
I bought one of those 'Learn How to Play Guitar Chords By Yourself' and it shows you the diagram where to put your hands and I took that in my room, sat with my singles and learned how to play guitar. My guitar is not a thing. It is an extension of myself. It is who I am." 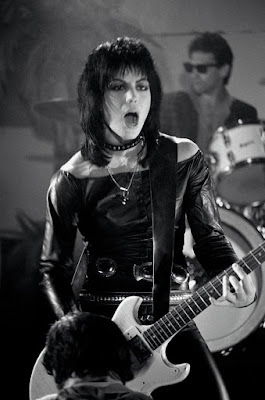 "I grew up in a world that told girls they couldn't play rock 'n' roll. Women play cellos and violins in symphony orchestras. They're playing Beethoven and Bach. What do you mean they can't play rock and roll?
The media says that equality for women has arrived, but if you look around, you still don't see girls playing guitars and having success with it. A girl playing rock and roll? It's saying I own my sexuality and I'm going to tell you what I'm going to do. And I think people just find that threatening. People don't want to see women doing things they don't think women should do. Women are still second-class citizens." "Other people will call me a rebel, but I just feel like I'm living my life and doing what I want to do. Sometimes people call that rebellion, especially when you're a woman. I figured out it was a social thing, what women were allowed to do. At a very young age, I decided I was not going to follow women's rules.

I think I was born strong-willed. That's not the kind of thing you can learn. The advantage is, you stick to what you believe in and rarely get pushed out of what you want to do. If you really believe in yourself, you cannot listen to other people."

And one more parting shot...
"Girls have got balls. They're just a little higher up, that's all." 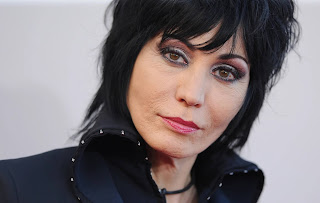 FUCK YEAH, JOAN! I gots balls and I know how to use them!

Funny, I first hated her. Then,...I got it, and then loved her. She was breaking new ground.