Who Did It Better? The Power of Love 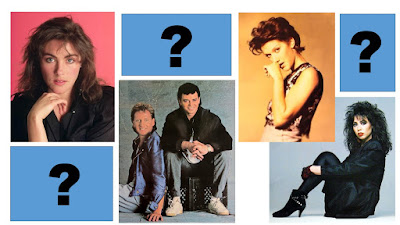 Who Did It Better?
The Power of Love
A suggestion by our beloved Anne Marie of Philly a few weeks back blew the criteria for this series wide open. While these versions were not competing on the chart at the same time, they were competing for the honor of truly 'owning' the song. Released as singles within years of one another, these versions of The Power of Love make for an intriguing episode of Who Did It Better?
The Power of Love  was written by Jennifer Rush, Gunther Mende, Mary Susan Applegate and Candy de Rouge. Rush wrote the lyric about her boyfriend, Harvard graduate Steven Engebretson. He was only her second relationship and the two remained a couple long after the song was released.
Rush's songs always began life as a poem, which she then put to music written by her producers, Mende and DeRouge (neither of whom spoke English.) For The Power Of Love, poet/lyricist Mary Susan Applegate was also brought onboard.
Originally recorded by Jennifer Rush, it was released in the US in late 1984, but not as a single. CBS held off on releasing it in the US because the powers that be felt it sounded too European. However, it was issued as a single in West Germany in December of 1984 and in the UK in June of 1985. In the UK it topped the chart for five weeks in October 1985, going on to become the best-selling single of the year. Notably, Rush's version was the first ever million-seller by a female soloist in Britain and the bestselling single ever by a woman (until Whitney Houston came along with I Will Always Love You in 1992.) As of March 2017, her version had sold 1.45 million copies in the UK alone.
In addition, it also topped the charts in several other European countries (Austria, Ireland, Norway, Spain), as well as Canada, Australia, New Zealand and South Africa.
So with all this activity overseas, you would think that CBS would be hot to see how it would fair in the states, right? But, no! Rush's version was not released in the US and Canada until January of 1986! Because CBS failed to seize the moment and despite it going #1 in Canada and appearances on The Tonight Show Starring Johnny Carson in March 1986 and American Bandstand in April 1986 Rush's version only managed to reach #57 on the Hot 100 before stalling out.
Clive Davis over at Arista Records recognized an opportunity when he saw it. He had his super successful Australian discovery, Air Supply bash out a version for their 1985 eponymous album. The gender roles were reversed in the lyrics and the title altered to The Power of Love (You Are My Woman) so that it as not to be confused with The Power of Love by Huey Lewis and the News which was on the charts at the same time. Released as a single in the US in  July 1985 and later in Canada and New Zealand, Air Supply's version, while a moderate success in New Zealand and Canada, (reaching the Top 40 in both countries) peaked at a disappointing #68 in the US.
Laura Branigan had built a career recording and bringing songs popularized overseas to the states.  She altered the title to Power of Love for her fifth studio album, 1987's Touch. The track was released in October of 1987 as the album's second single, reaching #26 on the Billboard's Hot 100 and #19 on the Adult Contemporary chart in December. It would prove to be her final Top 40 hit.
Enter Celine...
Celine Dion recorded a version for her third English-language album, 1993's The Colour of My Love. Produced by David Foster, it was released as the lead single from the album in November of 1993 in the US,  December in Japan, and early 1994 in the rest of the world.

Celine leaves me cold. I've seen (suffered through) her show at Caesar's via comp tickets.
While I'd never heard Rush, I still have to give this to Laura Brannigan. There's just something about the tenor of her voice that pulls me in.

I always think of this song as a Celine anthem, and didn't know Air Supply did the song. I did like their version. No to Brannagin and Bassey (sorry Maddie).

My vote is for Celine. Though I'm not a fan.

celine's version rules! I always imagine she is singing that song to her husband.

the other two are ok, but meh.

Alas....the only Power of Love I like is the one by Dee-Lite....a completely different song.

DESPISE Celine. I will refrain saying from what I think of her.

You deserve an award alone for sitting through that. I'd rather be water boarded and have ice picks taken to my ears drums.

All of these grate on my last nerve. Maybe it's the song.

OMG I love that you were listening to them as you wrote your impressions! That's the way I read them, literally LOL, mainly because I know nothing about music.
Now, I thought this was an Air Supply music (have that album) and I thought that Céline had done an update. I had no idea Jennifer Rush had written it (didn't she have other hits? I'm too lazy to google it).
I find the song to be utterly 80's (you mentioned Phil Collins, and yes, the reverb!).
I think Céline's version is my fav, followed by Air Supply. I didn't know Branninan had recorded it. I love Laura and all her bombastic productions!
Good move with Miss Shirley Bassey!