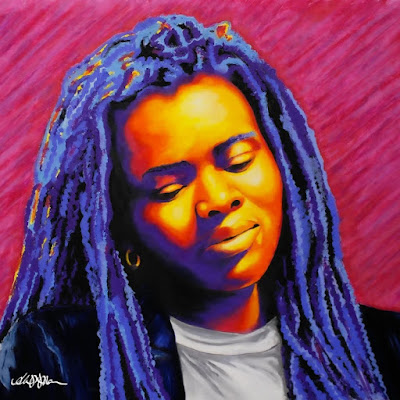 Sunday Diva/Three From The Hip
Tracy Chapman
In my own, personal, big gay church, there is a wing dedicated to Those of the Heart. These are the singers, songwriters and muses who have spent a lifetime capturing various aspects of the human condition. Frequently, due to the whims of the music industry, their lives were not always their own... but they persevered... ultimately remaining true to their roles as seers of the heart.
One such soul?
Tracy Chapman.
They don't come any stronger.
Her message has always been on point, clear, concise. The landscapes she's sculpted, as vivid as they are heartbreaking.
To see the world through her eyes, through her music... one learns about truth. One learns about the fallibility of humankind.
She appeared on the scene with a voice as ageless as time, wise beyond her years.
She came from poverty. It colored her vision. The people she sang of, she knew by heart. Because that's her gift.
Activist, artist, songwriter, singer...
The gospel according to her?
Well, here are three from the hip, dropping from her lips.
The topic? Standing Up 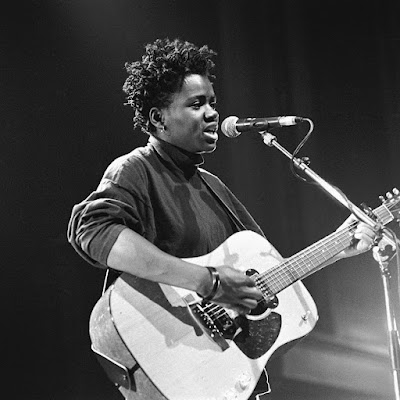 "I found myself in the middle of a race riot when I was about 14 years old, and I found someone pointing a gun at me and telling me to run or they'd shoot me."
"As a child I always had a sense of social conditions and political situations. I think it had to do with the fact that my mother was always discussing things with my sister and me - also because I read a lot."

"A lot of kids spent more time out of school than in, but I always loved school and thought it was my way out of Cleveland, and out of poverty." 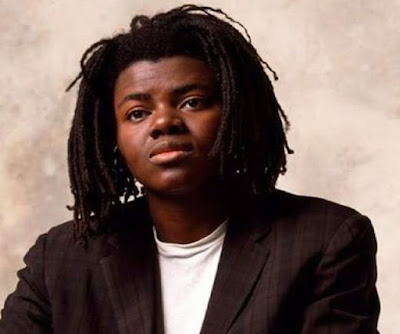 "There are good reasons for being in jail - for protesting."

"Stand up for yourself and fight for your right to be the artist that you want to be. There's plenty of pressure from outside; people tell you how to dress and how to sing or what to sing, but I always felt like if I'm going to fail or succeed, I want to do it on my own terms."

"There have been some gains made in terms of more equality for women in the workplace and in the way the legal system deals with issues of violence against women."

"So much has happened to obscure the dialogue about race and about gender and discrimination in general, especially where those things touch on economics."
"I think it's important, if you are an artist, to use your music to stand up for what you believe in."
That's what everyone should do with their lives: stand up for what they believe in or try to do some good in the world. I don't think artists have a greater responsibility than anyone else. 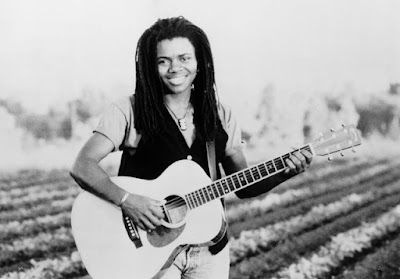 "What does the future look like if the heads of society ask our young people to risk their lives for questionable causes? I think it looks rather bleak."

"We have more media than ever and more technology in our lives. It's supposed to help us communicate, but it has the opposite effect of isolating us."
"People's real hopes and dreams can be distorted and misdirected and packaged until you're not sure what you really want or what you even really need."

"Maybe it's naïve to say, but it almost seems like, in the past, people tried to sell you something you would actually need, like a hammer or a broom or a toothbrush. But now there's this notion that they can sell you anything. And all they have to do is convince you that you need it."

"I'm still thinking and hoping there's an opportunity for people to have better lives and that significant change can occur."
"We all must live our lives always feeling, always thinking the moment has arrived."
Fast Car - Tracy Chapman
Give Me One Reason - Tracy Chapman
Baby Can I Hold You - Tracy Chapman
And one last parting shot...
"At this point in my life I'd like to live as if only love mattered." 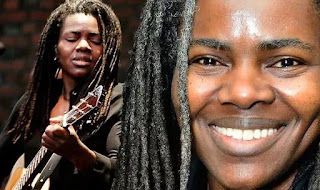 One of my all-time favorites. Years back ... YEARS BACK ... I went to an Amnesty International concert in LA. Sting, Springsteen, Peter Gabriel, Youssou N'Dour and Tracy Chapman. Great concert, lotsa spectacle, and then Tracy Chapman came onstage with a guitar and a microphone and just sang to over 100,000 of us. Not s sound from the crowd.
Breathtaking
I have adored her since I her her sing one note.