Who Did It Better? I Feel For You 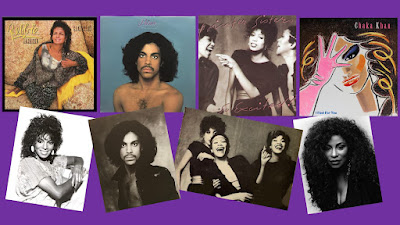 Who Did It Better?
I Feel For You
Some songs are born before their time. Take today's Who Did It Better? selection, for example. It took five years for sound and song to sync up, creating a megahit for one lucky vocalist. In the five years that preceded her interpretation, three other artists, one of them the song's writer, all took a swing at it.
But only one of the four had what it took to make it an international bestseller.
Let's take a look at a how they all compare.

--- ---
I Feel for You is a song written by Prince which originally appeared on his 1979 self-titled second album.
He originally wrote it, along with what was to become his first major hit single, I Wanna Be Your Lover, for musician Patrice Rushen (Forget Me Nots.) However, she declined to record either of the songs, so, Prince recorded them for his own album, which was released in October of 1979.
In 1982, The Pointer Sisters were still working toward creating their breakout album. Now a trio, they'd been working with arranger/producer Richard Perry, successfully honing their sound, for a number albums, relying, in part, on his taste in music. Perry felt I Feel For You was a good fit for the ladies, so they recorded a version for their I'm So Excited! album.
Rebbie Jackson, the eldest child in that fabled musical family, was in the process of putting together her debut album. I Feel For You was on the list and made the cut. Produced by Wayne Henderson, it was included on her 1984 album, Centipede.
Enter Chaka Khan.
With Melle Mel, from Grandmaster Flash and the Furious Five laying down rhymes, Stevie Wonder on harmonica, and legendary producer Arif Mardin on board this recorded moment almost seemed too good to be true. Add to that a sample lifted from Wonder's 1963 hit Fingertips - and how could they possibly miss?
Included on Khan's 1984 album of the same name and released as a single, her version sold more than one million copies in the US and UK, helping to reestablish Khan as a certified hitmaker. It peaked at #3 in the US for three weeks - kept from the #1 slot by Prince's own Purple Rain and Wham!'s debut single, Wake Me Up Before You Go Go. It did, however,  manage to snag the #1 spot on both the US Dance and R&B charts. In the UK, it held down the #1 slot for three weeks in November of 1984.
Khan's version of the song went on to win two Grammy Awards; for Best R&B Song and Best Female R&B Vocal Performance.

Today and forever...Chaka Khan!!!! Hands down the best version....and her version can put me in such a good mood when I hear it. Great song.

Don't care for any of them. But - forced to choose? Khan gets my nod.

Totally agree: Chaka for the win! No contest.

(The synths on the others were excrutiating - I couldn't finish them)

Duh.
Chaka. I love that song. She's, as you said, a force of nature. And the SOUNDS in that record! I feel like dancing, damnit!
I learned it was a Prince song when I got a collection of his hit and there it was! It's serviceable and we all know Prince should have revisited it.
The Pointer Sisters!