Sunday Diva/Three From The Hip: Dalbello 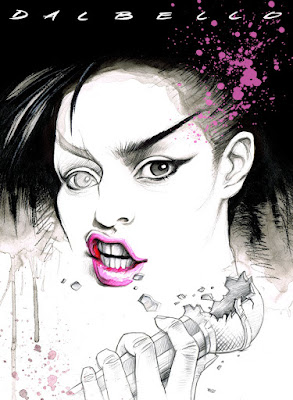 Sunday Diva/Three From The Hip:
Dalbello
In my own personal big gay church there is a wing dedicated to those who are one of a kind divas; individuals who have remained just that - an individual, no matter their circumstances. They are 'The Rebels'. One such soul?
Dalbello.
Lisa Dal Bello.
Haunting. Howling. Mystic.
One of Canada's not-so-hidden treasures.
To fully appreciate her, you must know her story.
Working professionally, starting at the age of 13, by the age of 19 she wins a Juno as Most Promising Female Vocalist within days of her record label dropping her.
Soldiering on, she struggled to find herself, her voice.
And what a voice! Sonically powerful. A true lioness.
To accomplish this, she briefly left the industry, only to come back as Dalbello. A new sound. A new look. She reached new heights of success.
Bad timing and an indifferent music industry caused her to step away for a second time.
From that point on... she called the shots.
Returning in 1996, she returned - with a most amazing song and video, the truly stunning eLeVeN.
Since that time, she has devoted herself  to the development of new songwriters, imparting to them the lessons she has learned.
The gospel according to her?
Well, here are three from the hip, dropping from her lips.
The topic? Artistic Development. 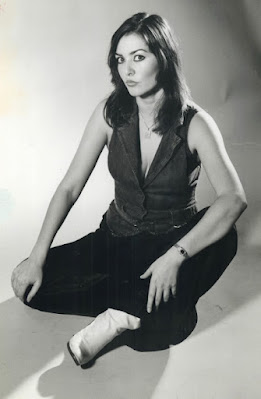 "Looking back, I realize now that I shouldn’t have recorded those first few albums, I wasn’t ready, writing-wise I didn’t know what I was doing, I didn’t have a style or a direction and when that happens ,you get pushed in a direction that quite often isn’t you. My advice to any new artist is to take your time, undertake and endeavor to learn about the craft of songwriting. It is so important to know what you are doing. It was crazy and yet a fantastic learning experience. I got to interact with the killer LA 'session cats' but the project went long time-wise and way over budget. I was still experimenting, trying to find myself as a songwriter." 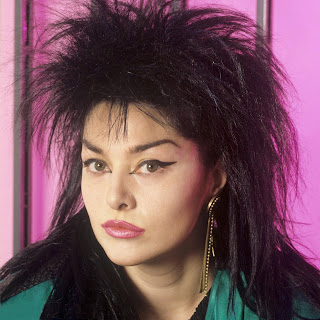 "I had three years to find myself. I was able to put sounds in my head down on tape and that’s what Mick (Ronson) heard. He said `I wouldn’t change a thing’ and that was the validation I was looking for. With Whomanfoursays, I was fighting to establish my fingerprint as an artist, I felt completely comfortable in my own skin. For the first time, I was actually confident about my musical direction. Musically, the album was a natural evolution of the three years of finding myself and exploring what I was really all about and finally developing my own direction, Mick was all about pushing the envelope and developing these new sounds even more, he kept urging me to dig deeper." 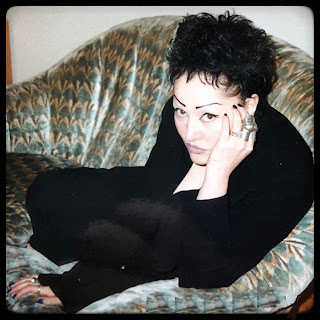 "I was socially inept... having started in the music business at such a young age. I didn’t know how to make friends with people, I didn’t know how to interact with people, in all the years or touring and recording, I had never had a normal life, So I thought it was time to walk away from the recording business. I began working with music programmer and arranger Scott Humphrey and became involved in a personal relationship not long after we met during the making of my `She’ album. I moved with him to Los Angeles where I started to focus on writing songs for and with other people including The Wilson Sisters (Heart), and songwriters Carole Bayer Sager, Holly Knight, Carole Pope, and Julian Lennon."
Black On Black - Dalbello
Tango - Dalbello
eLeVeN - Dalbello
And one last parting shot...
"It’s gratifying to work with potential songwriters and to give something back to the industry, And the one thing I stress to them is to get to the point of being confident about your own songwriting skills before you record that first record. It’s a mistake I made which I try to stress so that others don’t make the same mistakes I did.” 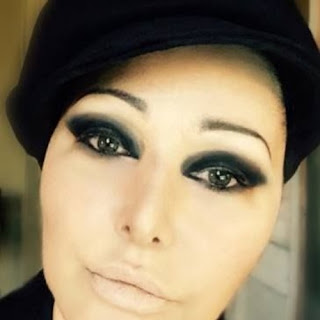 Never heard of her. Should I be concerned?

Yes...you have no idea what you are missing out on!!