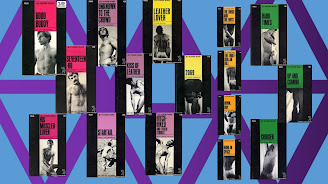 Acquired Tastes LXIII
Gay Pulp Fiction, Part 13
Pleasure Reader / Photo Covers
These covers represent the beginning of the second phase of Pleasure Reader's transition to all-gay content. With the publication of Larry Townsend's 2069 in August of 1969, the elaborate pulp fiction illustrations that typically adorned the covers in previous decades and helped to define the genre, were no more. In their place, artfully-done, rather modest photos of male nudes. Gone, too, were the zany taglines used to entice and incite. This was a sign that the industry was becoming more comfortable straying from mainstream norms while defining itself in a more explicit manner.
Pleasure Reader would continue to feature these black and white photos through January of 1970, when they would, in turn, be replaced by black ink drawings done in various styles. The photographer(s) of the photos featured on the covers below remain(s) unknown. It should also be noted that several titles are not represented here: Naked Launch I & II by Neil J. Weston, Queen of the Road from Aaron Thomas (darn!) and Faint Heart Ne'er Won by Gene Evans (Harold Harding).
Along with the re-imagined branding, this new era would usher in a slew of fresh blood in the form of new writers.
That said, there is not a great deal to have fun with here, other than the occasional title. Surely Hung in Space brings to mind the possibility of of a gay sci-fi hybrid, which strikes me as rather, well, interesting, to say the least.
Let's take a look at the authors. 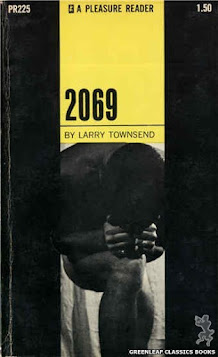 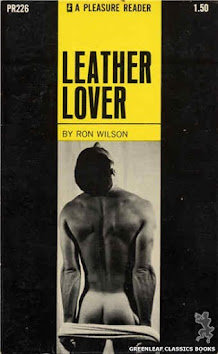 This is the only title credited to Ron Wilson. 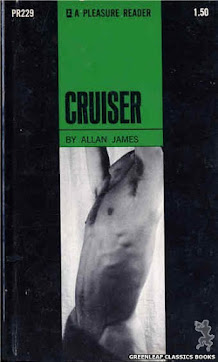 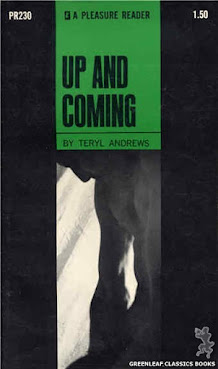 Teryl Andrews, credited with ten books in the genre, is the pseudonym of  television writer Thom Racina (Days of Our Lives, General Hospital, Family). A young Brad Pitt served a stint as his personal assistant. 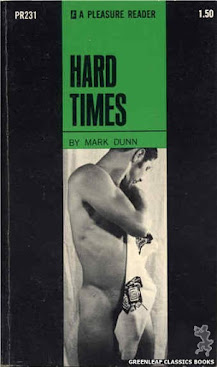 Mark Dunn is credited with four titles in the genre, including French Line's popular The Gay Sadist. 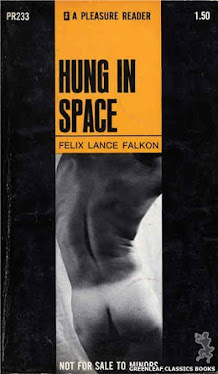 Felix Lance Falkon has eight credits in the genre, including Castration Castle. 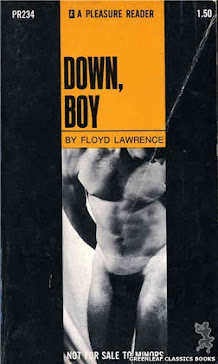 Floyd Lawrence is credited with two titles in the genre, this and The Cocky Repairman. 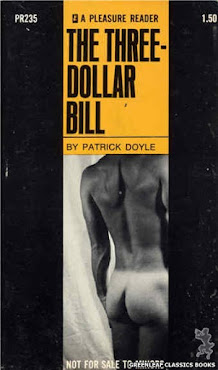 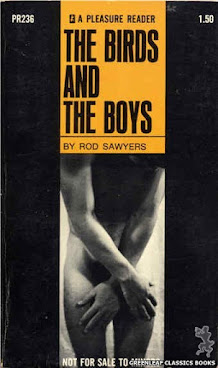 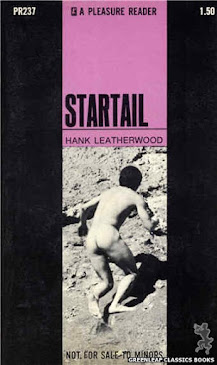 This is the only novel credited to Hank Leatherwood. 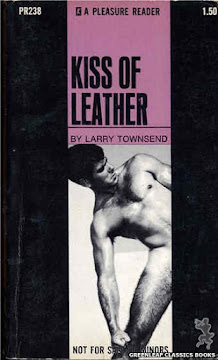 Larry's signature column 'Leather Notebook' would appear in the magazine Drummer from 1980 to 1992 and then Honcho until 2008. 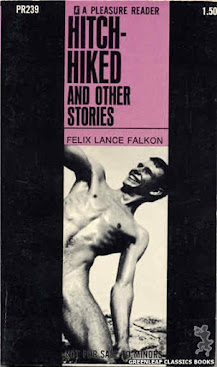 Felix is also an award-winning art historian, having written two books about the history of gay  art. 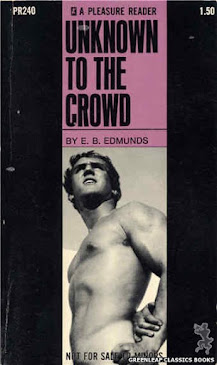 This is the only title credited to E.B. Edmunds. 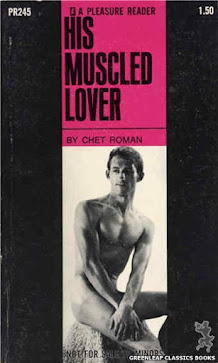 Chet Roman has four credits in the genre, all for Greenleaf Classics' imprints. 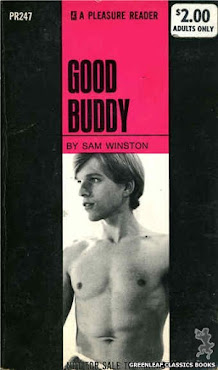 This is the only title credited to Sam Winston. 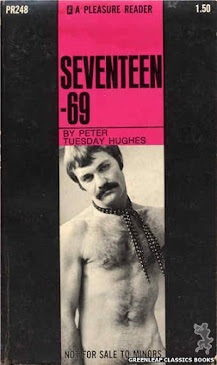 Peter Tuesday Hughes (quite the pen name) was very prolific with a total of 33 books in the genre, many of which were for the Blueboy Library imprint. He primarily wrote gay-oriented sci-fi and mystery novels, and is noted as an early exponent of the gay gothic subgenre. In 2013, his 'Bruce Doe' novels, a series of six mysteries, were named one of the top ten mystery series by The Lambda Literary Review.
--- ---
Next week, we'll take a look at the Pleasure Reader titles bearing black ink drawings.
Did you like what you see? Did I get something wrong? Let me know in the comments section.
Cruiser - The Cars
Posted by uptonking at 6:00 AM

Oooo, some pretty sexy covers with those models!

I remember when I was to appear in the tv version of Hung in Space...but unfortunately America was just not ready for this. They just weren't ready.

I love The Cars.
Oh, and now I want to read ALL of those books! So the guy who wrote for Days of our Lives wrote erotica? Yay

I would love to see your library!