Sunday Diva/Three From the Hip: Heart 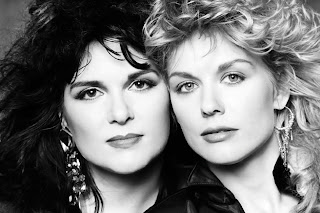 Sunday Diva/Three From the Hip:
Heart
In my own personal big gay church there are many wings. One is dedicated to The Rockbirds - so named after a turn of phrase coined by Debbie Harry, one of the divas who resides there. These ladies raged against a very specific machine: the misogynistic heart of the corporate music business.
They endured countless interviews asking them how they felt being a woman in the world of rock n' roll - the assumption being that it was exclusively a man's world. Are they the women of rock? Hell, no... they just rock! And they did it all with a singular style and unique voice.
Two such divas... Heart.
For Ann and Nancy Wilson, breaking molds came easy. Overcoming decades of chauvinistic bullshit?
Not so much.
But these sisters had no other choice... for them? It was all about the music.
Yes, it was do or die... and they did it - did it big.
Unfortunately, the corporate machine was only concerned with counting calories, image and making bank.
If the 70's were all about proving themselves while cutting classic cuts and selling records?
Then the 80's were all about big hair, corsets, videos and selling... out.
The 80's were also about coming to terms with who they were and who they definitely, definitively...
...were not.
And while they walked away from the game, they didn't go far.
Hell, for them?  It was only the beginning of act three.
What bridge to cross.. what bridge to burn?
Indeed.
The gospel according to them?
Well, here are three from the hip, dropping from their lips.
The topic? Their Journey 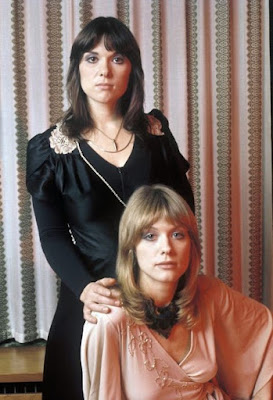 "We were wild-eyed hippies from the late '60s. We still had the exuberance of the mind-expanding '60s - that Tolkien-esque, Zeppelin, androgynous, wood nymph, forest fairy kind of innocence. It sounds stupid now, but we felt we were changing the world with music. There were not very many girls in rock n' roll together with men that had a heavy rock sound as well as a more acoustic sound like Heart.
We had the idea as women that we could walk into music and be good at it and be as good as any man and have a career in it without being taken advantage of. So basically, those things came true. The obstacle course was just more difficult than we ever anticipated. We were optimistic and very naïve.
Sleazy people are always in this business. They run the business, pretty much. There are a lot of barracudas." - Nancy 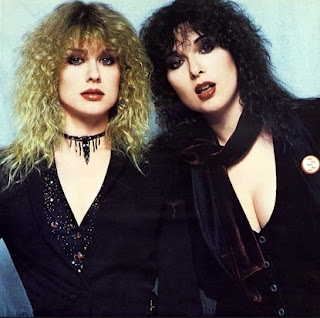 "It was darn nigh impossible for women in rock in the '70s. There wasn't a mold if you were a woman and you were in the entertainment (industry) in the '70s. You were probably a disco diva or a folk singer, or simply ornamental. Radio would play only one woman per hour.

Back when we were first making records, you didn't just make the music, you put a great deal of energy into the way it looked, and every word that was written on the whole thing." - Ann 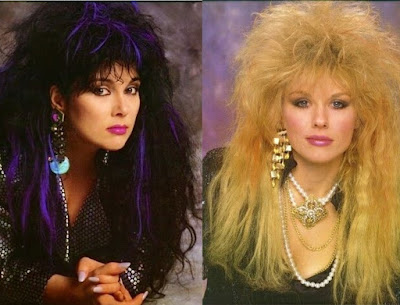 "Fame put a lot of pressure on me in the 80's and early 90's and I'm glad that I had the kind of makeup where I could come through it alive, keep myself in hand.

Music became less understandable in the wake of the new MTV era. You weren't supposed to be anything other than a pop star, to not go deeper than that. It was really strange. It was suffocating, image-wise. What you could talk about in a song changed; if you were misunderstood, you were really misunderstood - taken literally.

You have to also provide a video for it, look a certain way and big hair. If you're a woman it's even more strange with fake fingernails and corsets and all this stuff that was big in the 80's.

People talk about each other in the worst way, especially when you become a product for sale. You're just a thing. - Ann
Crazy On You - Heart
There's The Girl - Heart
WTF - Heart
And one more from the hip, from Nancy...
"We didn't want to be the girlfriends of the Beatles. We wanted to be the Beatles." 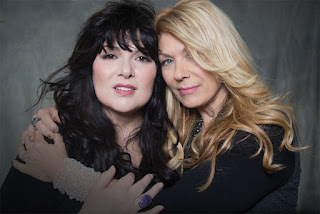 I was never a heart fan. that being said, my fave song of theirs is "dog and butterfly".

I have so much respect for the talent of Heart. Especially after their tribute to Led Zeplin singing Stairway To Heaven at Kennedy Center Honors 2013(?).

Such big hair they had.

I was never able to get into there music for some reason.

I love Barracuda, Magic Man and Crazy on You.
They absolutely blazed their own path.

Have several of their albums! Kisses.