Who Did It Better? Mama Told Me Not To Come 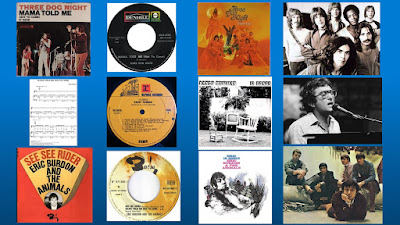 Who Did It Better?
Mama Told Me Not To Come
Time to take a seat in the old way-back machine. This time? To 1970. AM Radio ruled and all the pop was as sweet and clean as 'pretend' America insisted it be. Vests and bellbottoms and shirts with puff sleeves were worn by both sexes, while hippy staches gave way to porn staches. Mini skirts with maxi coats. Beads and feathers and military surplus were everywhere. The colors; as bright as the sound coming from the speakers in your Dad's car.
Today, we continue to take a look at songs written by one artist and made popular by another.
Mama Told Me Not To Come was inspired by the L.A. music scene during the mid-60's. Written from the POV of  a sheltered, button-down youth, the song tells the tale of his first party in the city,. He is awed (and a bit taken aback) by all the pot smoking, whiskey drinking, and rock n' roll music; hence the chorus, wherein he states that his "Mama told (him) not to come" and how he really should have listened to her.
The song was written in 1966 by singer/songwriter Randy Newman for Eric Burdon's first solo album.

Initially cut by Eric Burdon & The Animals, the record company got cold feet and yanked the single from release in September of 1966. The group's version eventually saw the light of day when it was included on their 1967 album, Eric Is Here.

In 1970, Newman decided to try his own hand at it, including it in his 12 Songs album, released that same year. His version features the venerable Ry Cooder on slide guitar.

Also in 1970, Three Dog Night, who always had their ears perked looking for fresh material, released their version - now titled: Mama Told Me (Not to Come) - on their It Ain't Easy album. Cory Wells, assuming one of his goofier voices, sings lead, while, who is that in the background? Why it's none other than an uncredited Donna Summer doing back-up vocals.
While Eric Burdon and The Animals would release their version on an EP, they never released the song as a single. Neither would  Randy Newman. But for Three Dog Night it proved to be magic and was chosen as the lead single from their fourth album (in 14 months).
For TDN, it would end up going all the way to #1 - and, in fact, was the first #1 ever on Kasy Kasem's American Top 40 which debuted on July 4th, 1970. The single went gold, as did the album and the song became the 11th bestselling single of that year.
It also garnered the group something they typically never got - a bit of rock press cred. Rock critic Robert Christgau, normally rather savage, gave TDN's version high marks, saying it had"...just the right admixture of high-spirited schlock to turn it into the AM giant it deserves to be."
Oh, one more piece of trivia: the album the song was to appear on was originally to be inexplicably called The Wizards of Orange and the album cover art was also completed - featuring the band, nude and painted orange. I've included the original album art above, but here's a side by side of what was meant to be and what eventually hit the record shelves. 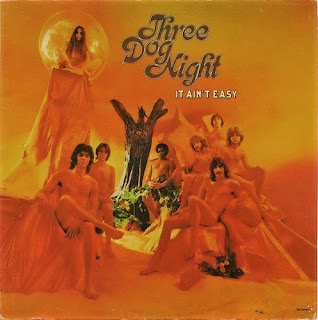 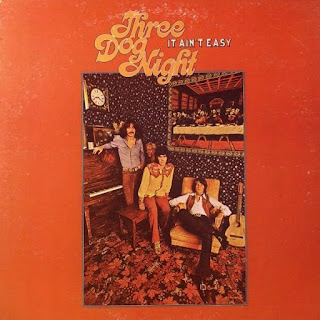 Before even seeing the choices: Three Dog Night.

Three Dog Night takes it.
It's so much more.. fun? And they should have kept that record cover! Yum.

And who's the cute boy singing with Tom Jones? I love Tom Jones' voice. Sex!

I liked 3DN...even have a couple albums (vinyl). Eric Burdon and the Animals...not so much. Randy Newman - great songwriter, and that's the lane he should've stayed in. LOL

The most enjoyable version for me is Three Dog Night.

I could never take Randy Newman's' voice. Grates my last gay nerve. Id rather stick a ice pick in my ears. Buig is right....he should stick to writing songs.

But after hearing the Tom Jones one with the Sterophonics....if in the running...they win!!!!! Tom Jones sounds amazing in this song.

Three Dog Night, hands down! I kind of like the Tom Jones version, then again, I'm a fan of his from way back in the beginning.

I'll always associate 3Dog's version with drinking an entire bottle of cough syrup to get high and getting very, very sick. I was young. I was stupid.