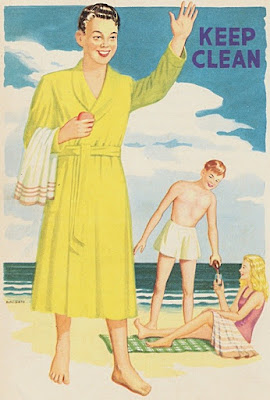 continue to call out the h8, dear. every day, each of us become more "woke" to the beauty all around us. I accept you as you are.

Wow, what a powerful post! Thank you for all the chipping you do.

I'm very happy to be in your circle of commenting and comments. The word/noun "Anonymous" should be banned from blogs.

so true: I share your point of view! and about HIV, if I'd find an HIV + man, I who am negative, I would have no problem putting him in my heart and in my mouth. I have often had sex with HIV + men and have always remained HIV-. I wish I could find a real man, even HIV + !!!

You are definitely NOT funny.
Because as usual you caught my attention from the first sentences of this post, thus waking me up from the sweet intellectual lethargy of my Monday afternoon.
Because you ask yourself a plentiful of questions, and dare to spread them among your readers (I bet you're one of those goddamn atheists philosophers).
Your writing style is like these f*cking mesmerizing spinning spirals. They narrow the circles of your ideas until you point out and elaborate your purpose, the very one you started your narrative with.
Enjoyable to say the least - and quite Japanese-minded, I was once told. (here's for diversity)

To put it short (yep, I can do that): I am SO glad you exist.
Evolve as you must, but do not change.

P.S.: Some statements above could be taken the wrong way or even appear offensive if taken out of their context. Please keep my comment whole if citing it elsewhere.
XoXo ;-)