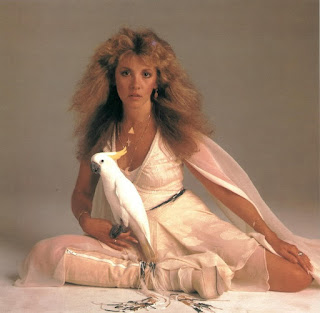 Sunday Diva/Three From The Hip:
Stevie Nicks
In my own personal big gay church there are many wings. One is dedicated to The Rockbirds - so named after a turn of phrase coined by Debbie Harry, one of the divas who resides there. These ladies raged against a very specific machine: the misogynistic heart of the corporate music business.

They endured countless interviews asking them how they felt being a woman in the world of rock n' roll - the assumption being that it was exclusively a man's world. Are they the women of rock? Hell, no... they just rock! And they did it all with a singular style and unique voice.
One such diva?
The mystical siren, Stevie Nicks.
She cast her spell upon the world.
A weaver of dreams.
Some listened to her every word, spending time and energy to divine their meanings.
Her music was a religious experience, and she, the high priestess.
But this sister of the moon battled unseen forces, until they almost eclipsed her.
Still, she rose, and, like Wonderland's Alice, arrived on the other side.
Now she serves as our seer. Our sage. Still imparting her visions.
Still casting her spell over all the world.
The gospel according to her?
Well, here are three from the hip, dropping from her lips.
The topic? Creating Magic 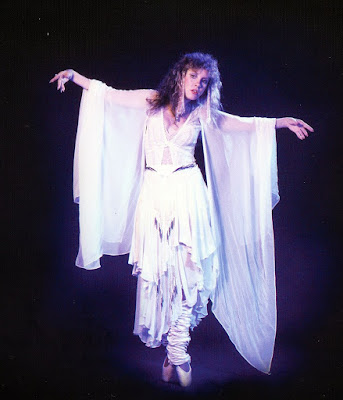 "There is always magic to be summoned at any point. I love to live in a world of magic, but not a fake world of magic. We all really basically have a lot of magic … it’s only those of us that choose to accept it that really understand it. It’s there for everyone. That’s the only thing that I feel that I am able to give to people and that’s why I know that they respond to me because I try to give them only their own magic … not mine, but theirs." 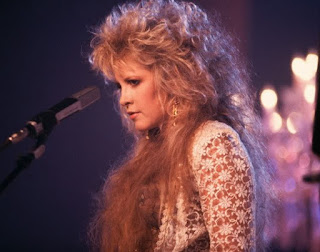 "There is a part of me that has to depend on fantasy, because if you can’t be somewhat of a fantasy person, then you can’t write." 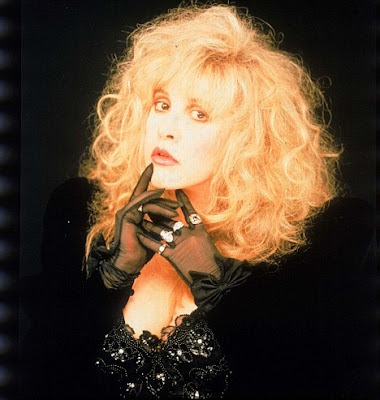 "If you have stage fright, it never goes away. But then I wonder: is the key to that magical performance because of the fear? I am pretty fearless, and you know why? Because I don't handle fear very well; I'm not a good terrified person."

Dreams - Fleetwood Mac
Gypsy - Fleetwood Mac
Moonlight - Stevie Nicks
And one last parting shot...
"See, I think you live on earth a certain number of times until you finish what it is that you were meant to do here. And then you go on. I don’t think I’ll be back here. I think I’m done." 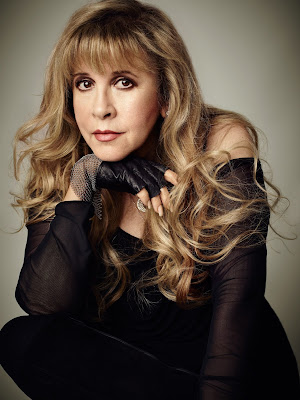 I have always loved her.

she is a beautiful mystical woman; I have always liked her voice.

I love her voice.

I must be a rare gay man. I always thought Nicks sounds like a goat.

I love Stevie.
I love her with Fletwood Mac (The drama! The songs!) and I love her when she sings solo. I find her voice very particular (I think that's why I like Kim Karnes and Bonnie Tyler's songs) it's almost soothing.
I love that she used to be a waitress and that she did drugs and Lindsey Buckingham, who used to be a beauty.