Wonderland Burlesque's Down The Rabbit Hole: The Leather Boy 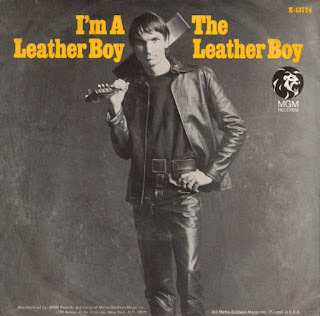 Wonderland Burlesque's
Down The Rabbit Hole:
The Leather Boy 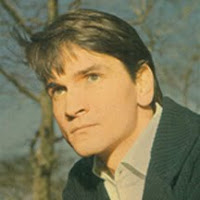 I think I was searching for Knights In Black Leather when I stumbled upon I'm A Leather Boy by The Leather Boy (Milan Radenkovich.) I remember thinking... this can't possibly be real.
But, like many a best kept secret... it is!
When I saw that picture sleeve, all I could think was: 'Boy, every jukebox in every gay bar must have featured this guy's records. How great is that?'
Milan, was an American record producer, songwriter and recording artist, who worked under numerous names, in numerous styles, on numerous labels. Although he is primarily remembered for his brand of garage rock, he actually dabbled in orchestral pop, bubble gum pop and psychedelic rock. His musical output is spread over a total of seven labels, many of them of the independent type (a total of more than 30 songs!) 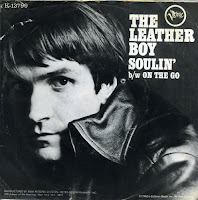 His various aliases include: Rick Rodell, Milan with His Orchestra, Milan, The World of Milan, Milan (The Leather Boy), and The Leather Boy. As a producer, arranger and/or songwriter, Milan worked with the likes of pop singer Lou Christie and the psychedelic rock band the Head Shop.
Milan was something of a chameleon. And an enigmatic one, at that.
Greg Shaw, who compiled a series of compilation albums featuring classic garage rock, described Milan as "a cryptic artist who made a series of high image records offering himself as some leather-clad, bike-riding rebel, but so stylized he might've been imagined by Andy Warhol. The only name to be found on these records is Milan, a name that also shows up as writer/producer on a big pile of records, from the early 60's right thru the end of the decade, but who was he? No further clue has ever emerged. This is one guy whose story really cries out to be told."

The 2009 promotional material for the garage rock retrospective, Hell Bent for Leather included this about Milan: "From his earliest incarnation in the record industry as a Xmas twister, the enigmatic Milan has changed his name and re-invented himself several times: a teen idol with a cute hairdo and a preppy look, a garage gonzo savage, an all dressed-in-black biker stud, a psychedelic screamer in love with satellite sounds, and other characters known or waiting to be discovered. One thing is for sure: Few people can claim so many identities in less than a decade."

Born Milan Radenković (anglicized as Milan Radenkovich) on December 15, 1941, he changed his name to Richard (Rick) Rodell while still in high school in Florida. Milan's father was a folk singer and guitarist during the late 1950's at the Eden Roc Hotel in Miami Beach. 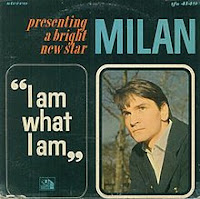 Milan released a couple of unsuccessful singles as Rick Rodell (including Santa's Doin' the Twist ) before being signed by 20th Century Fox's music label in 1964. There, as Milan, he released an orchestral pop album, boldly titled, I Am What I Am. Two songs from the album were released as singles. The album's liner notes describe Milan as "a darkly handsome, six foot, 160 lb. twenty year old" with a "European musical background." And then goes on to add, "Milan is popular music . . . he lives it, loves it and understands it and refuses to allow the tendency to copy whatever happens to be in the top ten at the present time to influence his work."
Later, on MGM's Verve label he began to develop his distinctive garage rock sound and 'The Leather Boy' persona. A number of singles were released under this moniker, including his signature song, I'm A Leather Boy. 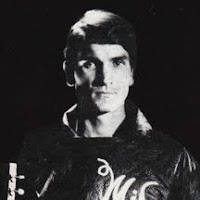 During this time Milan also served as writer and producer for a girl group, The Chanters (1967) and the pop band, Ice Cream (1968). He's also credited with writing The Kissin' Game for the group, Licorice Schtick.
Little is known regarding Milan's final years.
He died in New York City on March 14, 1971 at the age of 29. Cause of death is believed to be some form of brain cancer.
Since 1983, thanks to various garage rock compilation albums, interest in Milan has peaked and waned repeatedly. Copies of his original 45's have become collectors items, fetching fairly high amounts. And now? Thanks to the internet?
He'll live forever. 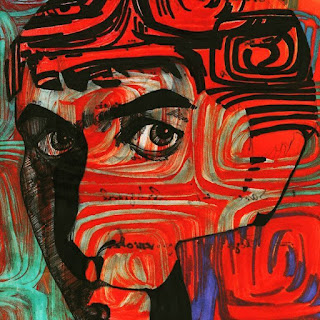 A bit of weed and 'Black Friday' would perfectly fit in my ears between 'Season of the witch' and 'White Rabbit' :-p

Whoa.
Really? This is fascinating, and I actually like the sound. And he passed away so young!
My fav is I'm your leather boy, with that motorcycle sound at the end.

Never heard of him.