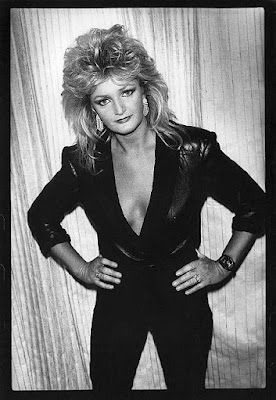 Sunday Diva/Three From The Hip:
Bonnie Tyler
In my own personal big gay church there is a special wing dedicated to The Working Girls. These are ladies whom have had long careers spanning decades with great chart success. They've hosted shows, appeared on variety shows, championed causes and had their ups and downs. But they keep working.

One such working class lass...

Gaynor Hopkins appeared on the scene in the late 1970's, singing 'Lost In France,' her first Top Ten Hit in the UK.

She's racked up a number of hits since, including her signature tune, Total Eclipse Of The Heart.

Such a distinctive voice; at home with an epic ballad, a country-tinged bit of pop, or a full on rocker.

With both feet on the ground, her spirit and drive remain inspirational.

The gospel according to her?

Well, here are three from the hip, dropping from her lips.

The topic? Her Story. 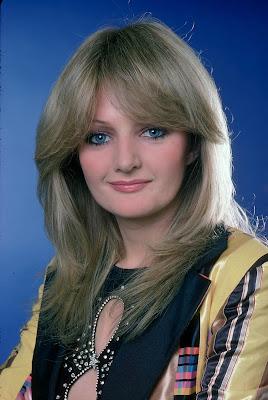 "I was born Gaynor Hopkins, one of seven children. My mum, Elsie, and dad, Glyndwr, always said they had seven children, although my sister Paulene was stillborn."

"We had a huge garden; our house was a bit like a scene from 'The Good Life.' I think Mam and Dad had it really hard, bringing up a big family on very little."

"I went to all the shops in the village looking for work. I didn't have any qualifications. I ended up working in a grocery shop for about a year and then went to a confectioner, where I earned three pounds 10 shillings. I gave the money to my mother and father, but I also managed to save five shillings a week." 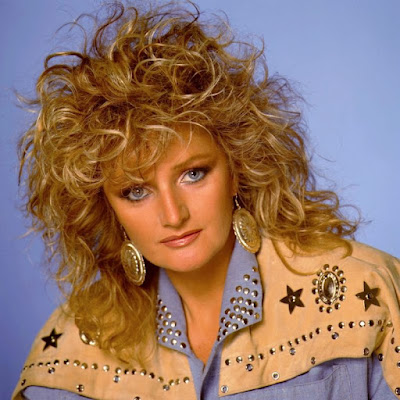 "My father used to tape Top of the Pops for me every Sunday, and I would sit in my bedroom, write down the lyrics of all of my favorite songs, and sing along. I was always singing in my bedroom with a hairbrush."

"I've been singing since I was 16 because I love it - I wanted to be a singer, not a star. There's a difference between wanting to be famous and wanting to sing well. It's no good singing if you just want to be a pop star; you've got to work at it and do it for the love for it, not because you think it will make you famous."

"I started singing (professionally) when I was 18 and landed my first record deal with RCA when I was 26 after a lot of grafting singing in pubs and clubs. I advise wannabe singers to form a band, practice in your garage if you have to, but do as many charity or open mic shows as possible to get experience. I sang for seven years before getting a record deal, and I was already loving what I was doing. I just got lucky and got discovered."

"I never forget the first time I was on Top of the Pops, my bass player said: 'You've made it!' I did used to think, when I was younger, that I'd be on there one day." 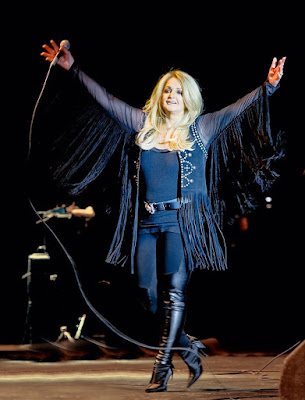 "I suppose I don't have to work, but I do love working. I class myself as a working-class girl, and I've never stopped working. When I'm offered shows here, there and the other, I do an awful lot because I feel other people would love to be offered what I'm offered; who am I to say no? I'm definitely working class, and I always will be."

"I have never gone out of fashion. And do you know why? Because I never sought it. When you don't seek it, it's always with you."

"I've been successful, but I haven't had any unwanted attention. To be honest, I've never invited or courted attention. I think if you act normal, then people will treat you normally. If you go around with a big entourage all the time, you're not staying true to yourself."

"The best thing about success was being able to buy my parents a house. I've been able to help my family financially since making my first hit record. I bought my parents a house. My husband and I have a property in Portugal and one in Mumbles, Wales, and my family are always coming out to visit us. It has been fantastic to have such a successful career and to have been able to help everyone."

"I am very fortunate to be doing something I completely love, so it is certainly not hard to get motivated. Watching people sing along and put their hands in the air is a very powerful thing. I enjoy life."

"I'd be happy to live till 80 as long as I was comfortable and in good health. Mind you, ask me again on the eve of my 80th birthday. Even so, I hope we don't all start living to be 120. I'm not sure I'd cope with another 60 years."
It's A Heartache - Bonnie Tyler
Total Eclipse Of The Heart - Bonnie Tyler
Holding Out For A Hero - Bonnie Tyler
And one last parting shot....
"I've never taken drugs. My drug, I suppose, is drink. I never drink before I sing, but I do make up for it when I come off! We all have a great time. And then I go to bed, get up and do it all over again.
I like my life." 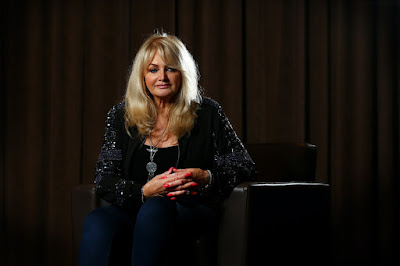 Her biggest hits were done with Jim Steinman who was also the songwriter behind Meatloaf's greatest hits.

"Sittin' on a powder-keg, givin' off sparks" was me for a while.

GOOD GRIEF! I haven't heard that name in years. I always loved It's a Headache, even though she always sounded like she lead a very hard life.