Who Did It Better? Save Up All Your Tears 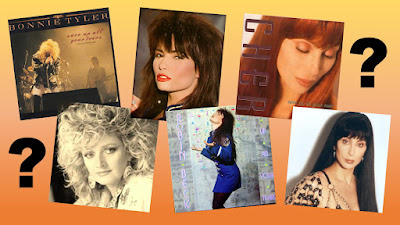 Who Did It Better?
Save Up All Your Tears
Climb aboard the Wonderland Burlesque Time Machine and travel to 1988! Individually, Desmond Child and Dianne Warren were hot properties, thanks to hits like Bon Jovi's Livin' On A Prayer, Aerosmith's Dude Looks Like A Lady, Belinda Carlisle's I Get Weak, Heart's Who Will You Run To and Starship's Nothing's Gonna Stop Us Now. So, when they got together to write a song, one would assume that it would attract a lot of attention.

Nope. Instead, it took three swings of the bat, two of those by industry heavyweights, before this little number managed to creep into the US Top 40.

Save Up All Your Tears was written by Desmond Child and Dianne Warren for hitmaker Bonnie Tyler (Total Eclipse Of The Heart, Holding Out For A Hero). It was included on her 1988 album, Notes From America (AKA: Hide Your Heart,) and was produced by Child, who, in addition to being a successful songwriter, had a long list of successful production credits. It would serve as the lead single for the album... and it went nowhere fast, garnering a bit of airplay in Europe, but few sales.

Love that chunky beginning. So, here's the thing about Tyler's voice. It is hit and miss. She's always on key, but her tone cuts out so frequently one ends up having no idea what words she's just sung. It's like listening to a staticky radio.

At the start of her career, in the mid-70's that was not true. But she developed nodes on her vocal folds and they botched the operation to repair them. So, suddenly, she sounded like Rod Stewart. She took it in stride and ended up with her first stateside Top 10 hit (It's A Heartache, #3.)

She's in good form here, except that the bottom keeps dropping out of her lower register. And they multi-track her vocals on the chorus, so she sounds pretty awesome. It's the verses where she falters, and it's only because it's pitched too low for her to sustain and be understood.

The production here is rather flawless. It sounds like all the other songs Child put his thumbprint on - sort of a one size-fits-all situation in the late eighties. It sounded great on the radio.

Something wonky with that bridge. The vocals are a bit shrill and too shredded. It's that added vocalist... does not blend with or compliment Tyler at all.

So, key change. And it only proves that while her vocals are very distinctive (you aren't going to mistake her for anyone else), her vocals on this song lack distinction - as in, our ears can't divine what it is she's singing. After a point? It's just a lot of shredded vocal.

The play out, she let's go and it's well and good. She definitely brought all she could to this. Lots of passion. Lots of angst. That lame synth line playing the counter melody does not help the situation.

I hear vocals like this and my throat hurts.

So, this one is also produced by co-writer Child. Same chunky beginning, but he's placed the accent on a different beat.

Beck, lots of air, lots of throat ache. Sound is a little thin. But I did understand every word of the verse.

Punchy chorus. Nice. Multi-tracked on the chorus, but so closely there's no dissonance. At the same time, she sounds removed from the room, like she's singing from the bottom of a well.

Something very witch-like about her vocals. And I really dislike that little "whoah-ho" she does at the end of the chorus. It's so abbreviated it sounds like a bleat.

She starts cutting out a bit on the bridge. And her vibrato is so tight and angry.

I don't have a lot to say about the arrangement or the production work here. It sounds exactly the same as Tyler's version. That's a neat little trick going into that final chorus... the drums into the vocals... nicely placed and played. This is a bit more up-tempo than Tyler's version, but I didn't notice it until the final chorus.

Beck gets a bit shrill near the end, but it's a more energized performance than Tyler's. Her playout is also a lot more effective than Tyler's. When she stretches out for "You'll be cry-y-y-ying..." - it's impressive (if shrill.)

You know, the rocker-chick singing pop songs? That was one of the archetypes that sold a lot of records and got a lot of play time on MTV during this time period. All those fringe leather jackets. Well, we know who's responsible for that, right?

Did Cher invent the '80's rocker-chick persona? I think, yes. She started honing this image back in 1977, during her marriage to Gregg Allman, crystalizing it during her brief stint as the lead singer of Black Rose. She even did a duet with Meatloaf! Her debut album on Geffen picked it back up and she simply ran with it until grunge came into it's own, pushing all the polished stuff aside.

Love Hurts was her third and final wildly successful album on Geffen with Save Up All Your Tears being her last Top 40 hit for the label. By the time she released 1995's It's A Man's World, she was at a bit of a loss, busy trying to come up with a new act. That album tanked and put an end to her stay at Geffen Records.

Child is partly responsible for Cher's revitalization in the mid-80's having written and produced a number of tracks on her Geffen debut album. On that album is the first of two songs where Child, Warren, Cher and Tyler all working on the same track, (Perfection.)

However, Bob Rock is behind the panel for this one.

So they eschew the chunky guitar intro for a flank of keyboards and they go grandioso with a classic 80's guitar solo and a big percussive down beat.

Good key for Cher. She opts to pull the second half of the first verse up a fourth - which means you can clearly hear what she's singing. Cher is in fine form here, throughout. No quibbles. Her vocals are one of a kind, very Elvis-like. The production work feels incredibly dense. There's no oxygen in there at all, so the likelihood of a fire starting?

This ends up feeling relentless... pound, pound, pound... there's no breathing space. She wisely lets the back-up vocalists carry some of the play out. I love Cher, but that warble of hers can overstay it's welcome.

This was a hard one to listen to three in a row. By the time I got to Cher, I was ready for a nap. That's the effect of formula, and by this point in his career, Child had his down to a fine art that he could employ and whip up something like Thomas Kinkade. Yes, after a point his stuff all starts sounding a bit alike. This was apparent when he had multiple songs on Cher's Geffen debut.

Here? I am going with Cher, because it's the only version I would want to hear again.

The other two are fine and have something to offer... they're certainly produced well. Tyler's vocals are sketchy and Beck is a bit too piercing for my taste.

Cher's vocals go down like a lovely, full-bodied bourbon. So, despite the rather lifeless production work, I give her version the nod.
--- ---
Okay, that's enough of me. What did you think?

Your turn. Leave your thoughts in the comments section. Always open to hearing a differing opinion.

And that's all for now.

Thanks for reading... and listening!
Save Up All Your Tears - Cher
Posted by uptonking at 6:00 AM

Tyler's also has too much reverb for my taste. I'm going with Cher.

I loves me some Cher.

I had no idea who Robin Beck was.
The song is quintessential 80s right? I like Cher's version, too. And the video is fantastic.
I had no idea Bonnie Tyler had that story with her voice! She did always sound to me like Rod Stewart but sweeter.

I adore Bonnie Tyler...but for me CHER!!! Her version and voice just does something to me... I think her vocals in this song sound like some of her best to me at least.