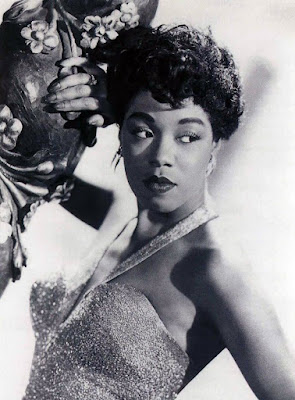 Sunday Diva/Three From The Hip:
Sarah Vaughan
In my own personal big gay church, there is a wing dedicated to what can only be described as...The True Divas. These are ones that may do many things in life, but from the moment they opened their mouths to sing they became the one thing they were meant to become: a true diva.
One such soul?
Sarah Vaughan
Sassy.
The Divine One.
A four-time Grammy Winner.
An absolute classic.
Mercurial.
Temperamental.
In the eighties, she appeared at The Orpheum in Minneapolis. She worked her way through two songs, complaining loudly about the mic and sound system the entire time. At the start of the third song? Her mic hit the stage with a thud and the lady exited stage right.
The band played on.
The audience waited.
But the lady never came back.
That she could sing life into a grocery list? Uncontested.
She found sounds unlike any other vocalist. And she shared her gift with us for many, many years.
As long as it was on her terms.
The gospel according to her?
Well, here are three from the hip, dropping from her lips.
The topic? Singing. 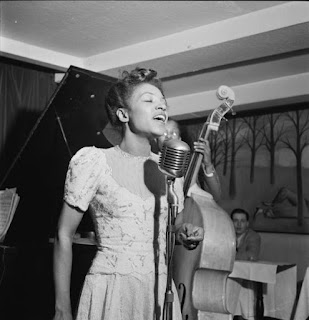 "When I sing, trouble can sit right on my shoulder and I don't even notice."
"You have to have a little soul in your singing. The kind of soul that's in the spirituals. That's why I'd like to include spiritual material in the sets I do. It's a part of my life." 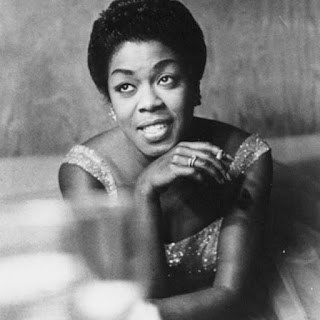 "I just get onstage and sing. I don't think about how I'm going to do it - it's too complicated."
"I don't think I ever modeled myself after a singer. I've more or less copied the styles of horn-tooters right from the start."
"Horns always influenced me more than voices."

"There are notes between notes, you know." 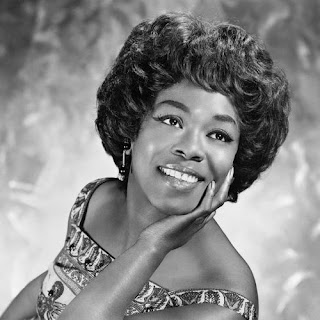 "When I sing a tune, the lyrics are important to me. Most of the standard lyrics I know well. And as soon as I hear an arrangement, I get ideas, kind of like blowing a horn. I guess I never sing a tune the same way twice."
After Hours - Sarah Vaughan
Body And Soul - Sarah Vaughan
Autumn Leaves - Sarah Vaughan
w/ Wynton Marsalis
And one last parting shot...
"I am not a special person. I am a regular person who does special things." 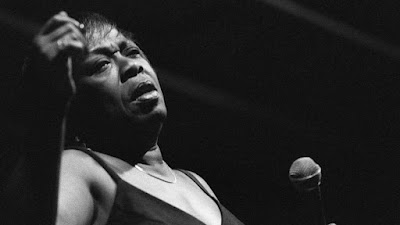 Sarah Vaughan is right up there with Dakota Stanton and Julie London for a Sunday afternoon. Lovely choice today handsome.