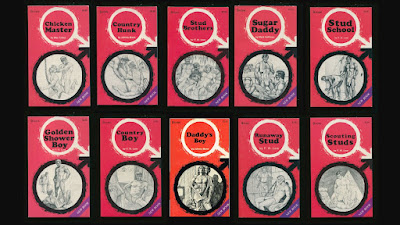 Acquired Tastes XLIII
Gay Pulp Fiction, Part 127
Adonis Classics, Part 11 of 25
Greenleaf Classic Books, the publishers of  the Adonis Classics imprint, began in 1959 and continued until 1971, when management lost focus on the business as the government's prosecution for obscenity became a major concern.
By 1974,a new management team and staff were in place, operating out of an office at 7523 Raytheon Road in San Diego and production ceased on all existing imprints. In an attempt to break into mainstream markets, two new imprints were started which used cover art and titles that were not provocative. These efforts failed.
The year 1975 marks the end of  Greenleaf Classics' Vintage period. It is at this time, with the loosening of censorship laws, that the Adonis Classics imprint began production. It marks the end of Greenleaf Classic's Classic Age (1959-1975.)
Adonis Classics would release a total of 252 titles during it's lifespan.
The first twenty covers feature white backgrounds (with one exception) and colored drawings or black and white pencil illustrations. After the first two titles, a particular type-face was established, with the title appearing above the illustration. The distinctive Adonis Classics symbol was established with either the seventh or eighth title in the series.
After the first twenty titles, the imprint switched to their iconic red covers (though sometimes pink,) featuring a black and white illustration framed in a black circle which has an arrow attached - a universal sign designating something as 'male.' The book's title at the top of the cover is encased in a white circle with an arrow (the symbol for male.)
Amazingly, I managed to find 10 out of 10 covers, today! 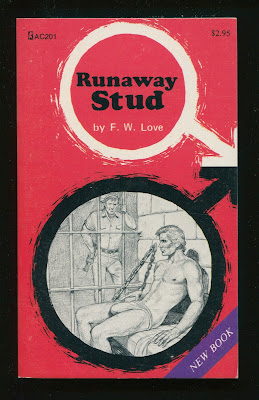 Runaway Stud
Author: F.W. Love
AC 201
Troubled youth... hormonally-charged up without a lick of sense.
Yes, those were the days!
Looks like Sheriff Bobo has his eye on a certain young thing stewing one of his jail cells. That seems to be an awfully strange uniform for prisoners. I bet budget cuts are to blame.
Available as a pdf or e-book at Hommi Publishing.
--- --- 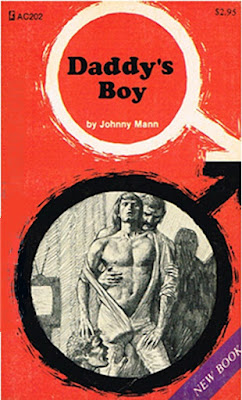 Daddy’s Boy
Author: Johnny Mann
AC 202
I have a weakness when it comes to P.J. onesies, union suits and long johns. I don't know what it's about, but that big reveal gets me right where I live. Sigh.
Looks like Junior there is about to learn what it means to 'be in the family way!'
--- --- 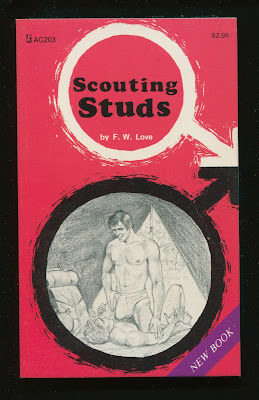 Scouting Studs
Author F.W. Love
AC 203
I must say, these publishing companies and authors sure knew their gays; all these topics they keep covering a trigger trippers.
The smell of a tent is another thing that sends me over the moon. I do not enjoy enclosed spaces, much - but I adore the inside of a pup tent. Growing up, they were made of canvas and in the morning, with the dew heavy on the outside and the sun warming it up? To die for. Takes me back and lights my fire every time.
--- --- 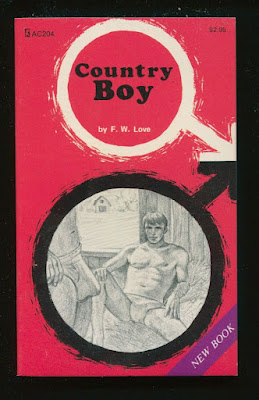 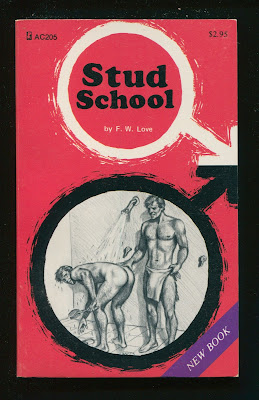 Stud School
Author: F.W. Love
AC 205
Hmm. Is this early education or extracurricular studies? In either case, wish they'd had this when I was going to school. I would have been first in line to sign up, for I would not want to miss an opportunity to literally be teacher's pet.
Now, I don't know if I would excelled or not, but I sure would have studied... wait for it... hard!
--- --- 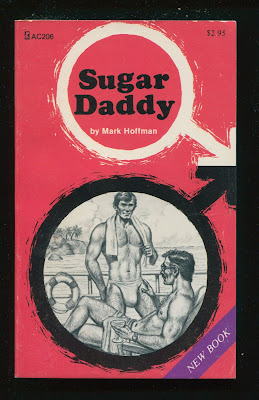 Sugar Daddy
Author: Mark Hoffman
AC 206
Hmm. Those both appear to be 'daddies' in that illustration on the cover.
This is one gay cliché' that simply refuses to go away. You go on Grindr and I cannot believe the number of 18-22 year-olds who think some man is going put a roof over their head and buy them things. I have to stop myself from messaging them: 'Get a job. Get a life. Grow the fuck up.'
But. That's rude. And who am I to judge?
Twice in my youth, I was offered such a deal and I was so creeped out at the notion, I turned them down, but nicely...
When you're young, you never know when you're gonna need some butter for your bread.
--- --- 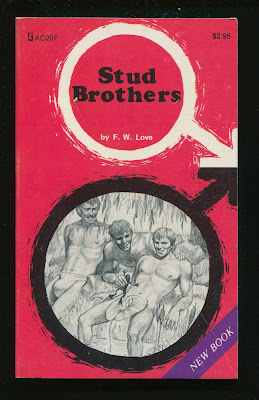 Stud Brothers
Author: F.W. Love
AC 207
All in the family, indeed. I get the appeal. Who wouldn't want to watch or read about a bunch of fun-loving hunky brothers who do everything together... and I mean everything. Long before fan-fiction became a thing, we all had our weird jerk-off fantasies about our favorite television brothers. The Brady Bunch. My Three Sons. Leave It To Beaver. If it was in syndication, it was in my spank bank.
--- --- 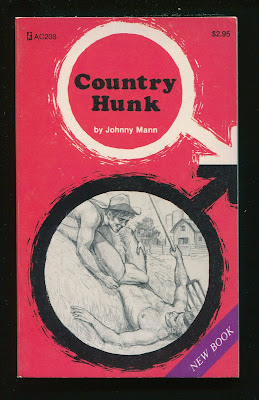 Country Hunk
Author: Johnny Mann
AC 208
More farm boy fun!
I understand the allure of horseplay in the great outdoors. And it's easy to get distracted from the grind of daily chores.
I mean, why bother with a pitchfork when you can pitch a tent?
--- --- 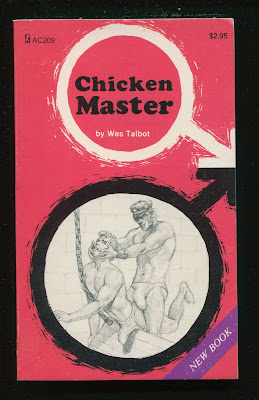 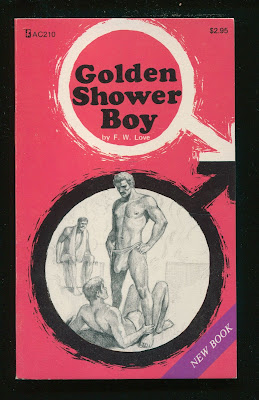 Golden Shower Boy
Author: F.W. Love
AC 210
Not gonna lie... I've been on both ends of this equation. It's nothing I actively seek out with a great deal of drive, for me, it's always initiated by the other person and just part of whatever scene we're creating together - Though I know that for some this is their chief means of sexual expression.
If you want to learn more about the scene, check out FelchingPisser's From My Side Of The Sling. He attends a number of yearly events created for and buy golden shower lovers. At one time, I considered checking it out. FelchingPisser sure made it sound like a lot of fun, however, I never followed through.
Well... though time is ticking, there is still time.
And if there's one lesson life has taught me?
Never say never.
--- ---
And that's all for now.
Next week? Another ten titillating, scintillating titles.
Until then...
Thanks for reading!
Country Boy - Glen Campbell
Posted by uptonking at 6:00 AM

Ohh they stick to the Greatest Hits, huh?
And I think they changed the artist. The drawings are less... buff? Still very suggestive, though...

Well, I certainly had the scouting experience down!