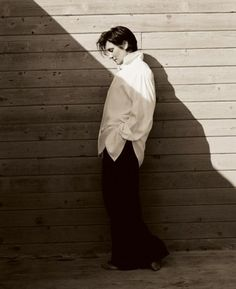 Sunday Diva/Three From The Hip
k.d. lang
In my own, personal, big gay church, there is a wing dedicated to Those of the Heart. These are the singers, songwriters and muses who have spent a lifetime capturing various aspects of the human condition. Frequently, due to the whims of the music industry, their lives were not always their own... but they persevered... ultimately remaining true to their roles as seers of the heart. One such soul?
The enchanting, electric k.d.lang.
That voice.
One of the most haunting ever heard.
Where she speaks from? One can only imagine.
She's managed a lifetime of disguises, slipping from one to the other until she revealed her true self.
A true icon, we thought her gift was forever...
But muses falter.
And when silence fills the void...
It comes time to move on.
Will she return?
In our hearts we hope. But she's already given us so much...
And such timeless treasures endure.
The gospel according to her?
Well, here are three from the hip, dropping from her lips.
The topic? The Voice Elusive 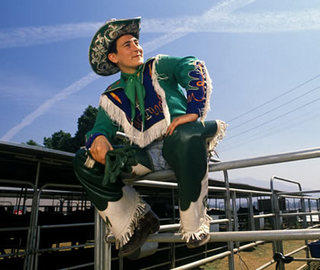 "I started singing when I was five. I grew up the youngest of four kids who all studied classical piano, so you could say I've been listening to music ever since the moment of conception."

"I sort of believe that my voice was preordained; I'm a Buddhist who believes in reincarnation so I think that my voice is a few lifetimes old." 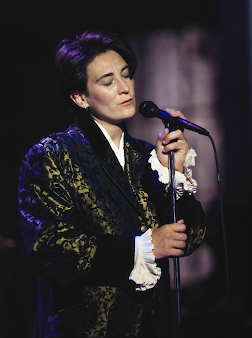 "It's just a theory really, but I have always thought that your physical surroundings can shape your voice and personality."

"Spend time reflecting on your emotional and physical existence and how that applies to the voice. You have to apply that wisdom and experience when you sing - it's what comes through."

"I just try to live a really simple, natural life, because obviously, life has an impact on your voice."

"Minimal is the word I'd use to describe how I live and dress, and it's also how I sing. I'm not a big fan of overemoting."

"I don't sing anything that hurts my voice." 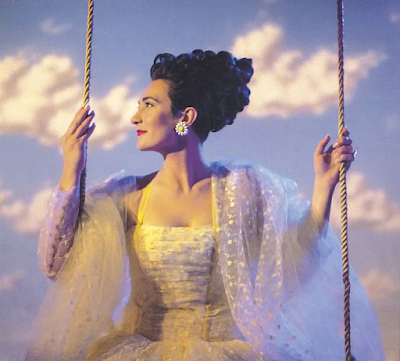 "I think I have allowed my voice to experiment with the different genres. And I think that I have just really enjoyed the journey of getting to know my voice and seeing what it's capable of, what it's not capable of."

"I never get tired of exploring Americana or country music, and I always have a little bit of a crooner in me that never seems to go away."

"I never, my producer never, we never let myself just sing. We were always trying to get the perfect vocal."

"My voice and the styles and genres I sing all express my appreciation for what I hear."

Constant Craving - k.d. lang
Sexuality - k.d. lang
Summer Fling - k.d. lang
And one last parting shot...
"I think I fall into a lot of cracks in terms of I'm too something. I'm too this, I'm too that. And my music has never really had a home. I've been this floating alternative. I'm too mainstream for alternative. I'm too alternative for mainstream. And I'm just kind of wandering."
"Look. Art knows no prejudice, art knows no boundaries, art doesn't really have judgement in it's purest form. So just go, just go."
"I just really allowed my muse to be my guide and I just go with whatever I'm feeling." 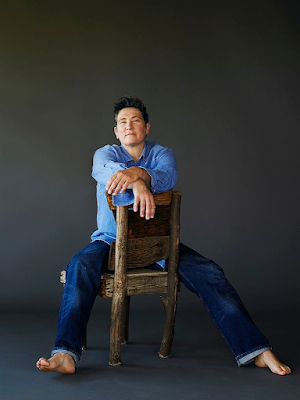 One of my favorite kd songs is "Big Boned Gal." Makes me smile every time.

Always had a soft spot for me...and my favorite song of hers Miss Chatelaine

Always been a huge fan of hers.

I saw her in concert a few years ago in Long Beach of all places. Didn’t recognize her at first, she looked like one of the guys in the band. She did mostly new stuff which didn’t have the same appeal. She did put on a good show.